I received an email from LivingSocial inviting me over for an event at their head office to get to know their company better as well as the announcement of the Travel Contest they conducted for their 1 year anniversary. Four lucky winners won hotel stays at Swiss-Garden International hotels, resorts and inns around Malaysia (Jealous, I am!).

After which LivingSocial presented a slideshow of their company, as well as gave us a tour of their office. The team was pretty big, and they all seemed really fun. LivingSocial is basically a local marketplace to purchase some amazing discounted offers. I personally have bought several vouchers and items through their site, and have not been disappointed. 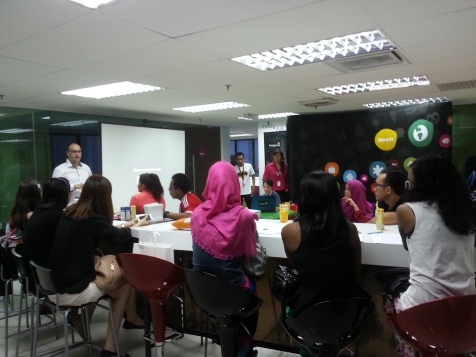 Speech by the CEO of LivingSocial.

Once our tour was over, they had a small tea-time session, where I not only got to know the people from LivingSocial but also the other bloggers who attended. These girls were super nice and friendly! 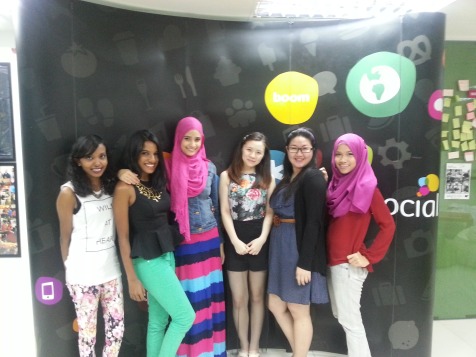 & here was my Outfit of The Day; 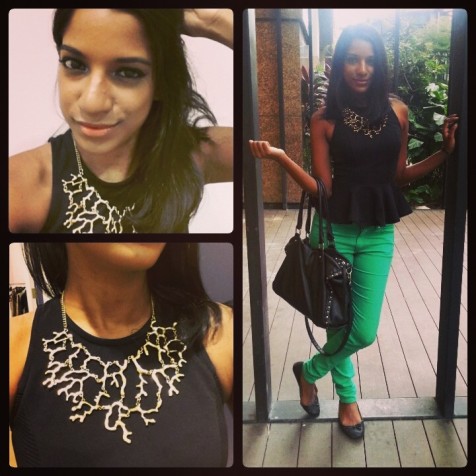 Peplum top: Primark, London
Skinny Jeans: H&M, Paradigm Mall (was on sale! at Rm19!)
Coral Necklace: Colours, Midvalley
Bag: Forever21
Flats: Cotton On
Coral Lipstick: TopShop (I can’t remember what it’s called as I just tried it on that day, but I officially need it in my life!)