The most spontaneous weekend food trip to Malacca was planned. An entire trip dedicated to eating the yummy food that Malacca has to offer. But first, some history;

Malacca (know as Melaka in Malay & is dubbed “The Historic State” ) is the third smallest Malaysian state. It is located in the southern region. This historical city centre has been listed as a UNESCO World Heritage Site since 7 July 2008. – source: Wikipedia

For the rest of us Malaysians, Malacca is not only know for its vast history and its amazing Baba Nyonya heritage, but also the variety of food. A weekend wasn’t enough to head down to Malacca to explore the entire place, so we opted for spending time at Jonker Street ( that happens to be the heart of Chinatown, best known for its night markets of food, crafts and shopping). 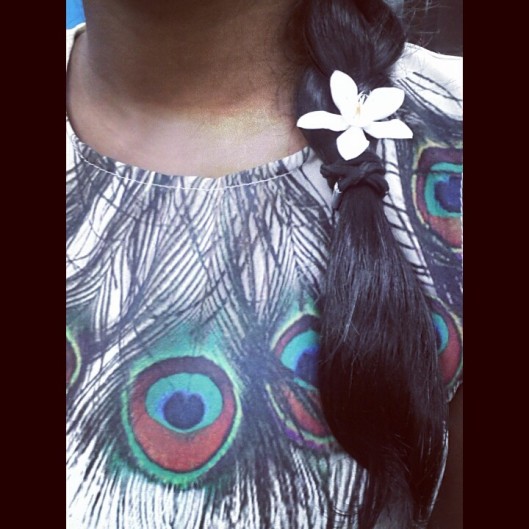 When on holiday, wear a flower in your hair. Always. 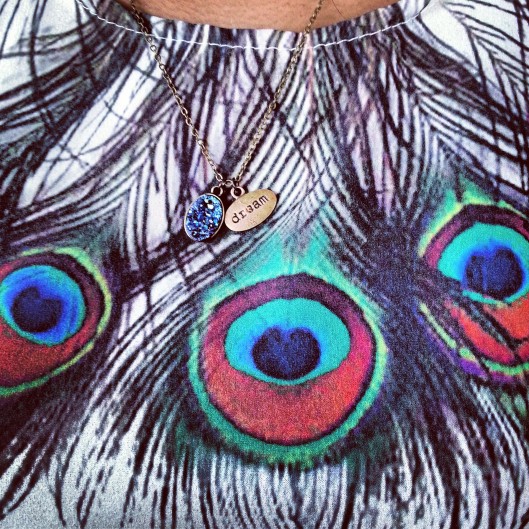 My gorgeous peacock top from Tanksfor5.

Jonker Street is filled with lots of pretty, authentic Malacca-infused places to stay. However as luck would have it due to last minute planning, we ended up in a decent (but not exciting place), which was not worth it for the price we paid. I would recommend the Wayfarer, with a river view though. Reasonable and beautiful, I’ll definitely make plans to stay there the next time.

First up on the menu, chicken rice balls. These rice-balls are rolled into sizes of golf balls, accompanied by either roast or steamed chicken (we had both!), sweet pork (also optional!) & pounded chili paste. The most well-known (dare I say the best one?) is situated near Hard Rock Hotel. There’s no way to miss it, thanks to the ridiculously long line of people. The wait however, is worth it!

After lunch, we did some sight-seeing due to the much needed exercise after all that food consumption. I love walking around Jonker, you’ll never know what kind of magic you find. From old temples, to more food stores, art galleries, quaint antique stores, and what caught my attention most, the art!; 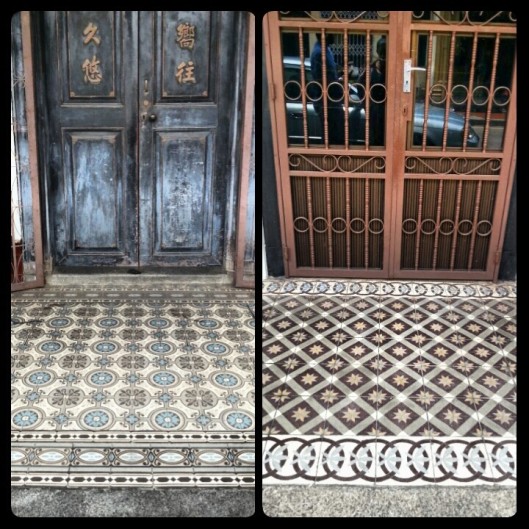 The old tiling work outside houses & sidewalks were too pretty not to photograph! 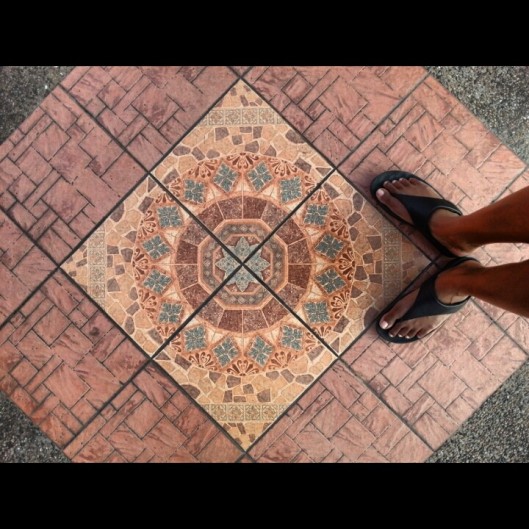 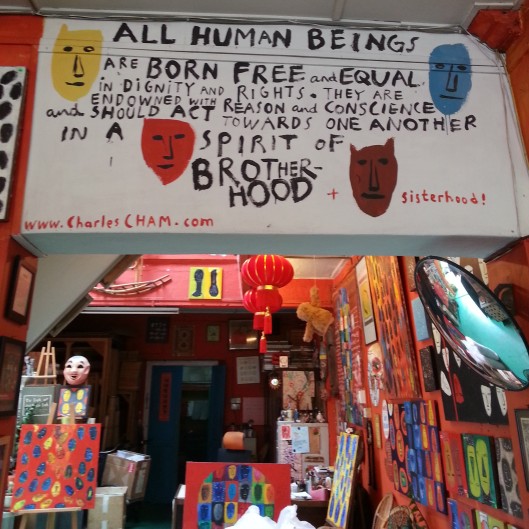 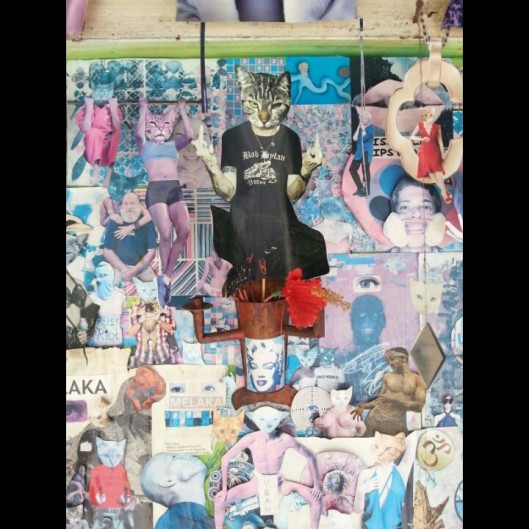 Funky art at the galleries & doors of the bars.

We also walked by the river (which also has a sight-seeing cruise), enjoying the sights and sounds of Malacca. Found out they also have an Indian street nearby.

After a long cold shower and resting, late evening we were back on Jonker Street. That’s when the entire place comes to life! Small food stalls set everywhere, it was like a mini Petaling Street, with a charm of its own. 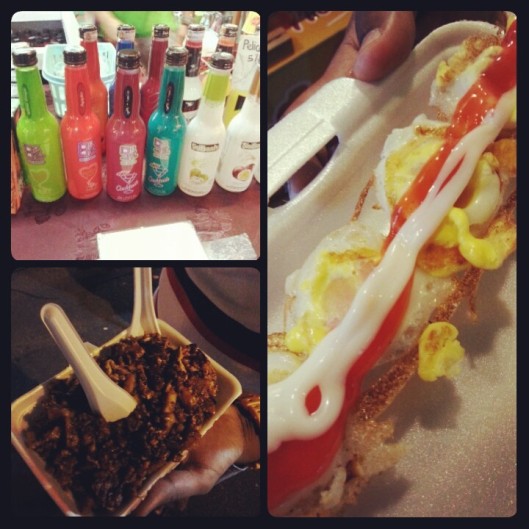 We ate while we shopped. Quail eggs on a stick, fried carrot cake, pancakes with chocolate on the inside, potato chips with seasoning on a stick, and drank some soda that was apparently a Malacca original. All the food stuff was made on the spot. So much yes to hot food!

For dessert, we tried these yogurt ice-creams. I tried the chocolate flavour and it was pretty good. More than the actual dessert, I was impressed by the recycled artwork that was done using the empty ice-cream containers. How cute are these?!

Reggae by the River. A small bar that plays good reggae music and was all about good vibes. Ended our long day there for a couple of beers. There’s something soothing about being around water (even if it wasn’t the cleanest river) that calms me down and makes me unwind.

The riverside had quite a number of small eateries that I would love to check out the next time around. It had a semi-French vibe, with the minimalistic design and concept.

Before heading back to Kuala Lumpur, we made sure to recharge with more Jonker food & that’s exactly what we did.

The best cendol I’ve ever tasted at Jonker 88. The stall used to be set up outside, but due to the roads and the queue, they’ve taken it in the shop lot itself. Expect a long line, but also expect a mouth-gasm! The flavours are completely different from the usual cendol thanks to the quality of the gula Melaka used.

Apparently the food there was really good too, but we didn’t get a seat and ended up in the shop-lot right next to to it. Can’t complain, the fried dumpling, Nyonya laksa & curry laksa was so, so good!

& that was it for my foodie roadtrip.
Anyone have suggestions of other places I should have tried at Jonker? Please feel free to post under comments! 🙂

I call it magic ✨ // @deeperthanfashion
Here for @thesoaphaus.my Pink Rosè Clay mask not only because it’s in my favourite colour but because it absorbs excess oil without dehydrating skin & helps minimise the size of pores ✨
New Beginnings //
The sky & you ✨
Thirty3; thriving, trying & surviving - mostly importantly, grateful ✨
Just here trusting the process & learning along the way ✨
Completely stepped out of my comfort zone to practise watercolour with new techniques, colour palettes & concept 💀
@rata_subang truly has a pizza my heart. It was impastable to not be in a good mood with such good food 🍕💛
Earth Ganesh 2.0 //